Its more than just a stimulating drink and you may get the shakes just from reading this, but in a good way. TDM found this great article highlighting the many health effects of drinking coffee, sure we have heard the pro's and con's before, but this one shares, many insights of which you may not have known.

What Could Make Coffee Healthy?

Coffee: how on earth could it possibly be healthy for you?

Just like with wine, many of the benefits of caffeine come from the body’s dose-dependent reaction to the chemical. Caffeine is a natural plant defense and insecticide found in various nuts, seeds, and leaves – like today’s hero, the venerable coffee bean.

Like with wine, many of the health benefits of coffee come in the hormetic zone of the drug. Hormesis refers to a dose-dependent response to a chemical or stressor, which causes a positive biological effect. (For example, consider lifting weights.)

Caffeine has some direct effects on the body too. It blocks the effects of the neurotransmitter adenosine, which is behind much of the increased alertness. It also has a stimulant impact on your central nervous system, constricts blood vessels, and is a mild diuretic.

It all adds up: caffeine is, by most accounts, the most popular drug in the world.

The ingredient profile of coffee goes beyond simple caffeine. After all, pure caffeine is just a white powder…

However, for the sake of my research into the health effects, I’ll be focusing on the basic ingredient profile. This includes caffeine, various antioxidants, monoamine oxidase inhibitors (MAOIs), and multiple minerals and vitamins.

It’s perhaps the number one ingredient many coffee users (myself included) look for when seeking a coffee fix. Caffeine is at its heart a stimulant – caffeine will increase your heart rate and blood pressure, and make you more alert and less tired.

But caffeine isn’t the only biologically active ingredient in coffee…

Monoamine oxidases are enzymes with many biological effects, including many effects on neurotransmitters such as serotonin, melatonin, and epinephrine (adrenaline). Monoamine oxidase inhibitors (MAOIs) block or downregulate MAO effects in the body. Some MAOIs are very useful antidepressant or antianxiety drugs.

Very interestingly, caffeine also is a Monoamine oxidase inhibitor. Other substances in coffee – such as norharman and harman – are potent MAOIs, but present in smaller amounts.

Many of the health benefits coffee has to offer come from high antioxidant activity. Antioxidants are compounds that inhibit the oxidation process and counteract harmful substances in the body, such as free radicals. Two of the types and classes of antioxidants found in coffee are chlorogenic acid as well as other polyphenols.

In fact, studies show that coffee is one of the largest sources of antioxidants in the western diet, at a whopping 47% of total antioxidants.

Other Vitamins and Minerals

Coffee also hosts many different vitamins and minerals, generally positively affect your health. The amount and type depends on the kind of coffee you’re drinking and how it was brewed.

Many B-vitamins appear in coffee:

Some historical research suggests that coffee might even help in areas commonly supported by C-vitamins, as well.

As for minerals, magnesium is an infamous ingredient of coffee. While you can find various levels of it depending on your brew, you generally find it in more significant quantities in other food sources.

Potassium is another mineral found in your cup. In fact, an average coffee drinker consumes 3% of their daily value of potassium with coffee.

There is also sodium in coffee, but it’s not a significant source. That depends, of course, on how you take it – if you buy a salted caramel drink, you’ve bypassed the lower sodium!

Types of Coffee: Getting the Caffeine Out

Humans and coffee go way back. As we’ve evolved, so too has our relationship with coffee – there are many ways to produce coffee from the bean.

Let’s talk about some of the more common types of coffee.

Brewed: brewed coffee is a general term, but it essentially means extracting caffeine and other substances from its source (generally the coffee beans) in a base such as water.

Cold brew: cold brew coffee is made by steeping ground coffee in cold or room temperature water for an extended period, then filtering the ground. Cold brew coffee tends to have a higher caffeine concentration, and potentially confusingly, you can also heat cold brew coffee and drink it hot…

Drip coffee: dripped coffee is hot water poured over or into a container of ground coffee that drips (usually through a filter) into a receptacle. It’s the most common style in America.

Iced coffee: iced coffee isn’t really a different type of coffee per se, it’s just previously hot coffee of some other kind that has been chilled.

Instant coffee: instant coffee is a crushed or powdered mixture of brewed coffee beans. You simply add hot water or milk and stir, and you’ve got a cup.

This covers many of the main styles of coffee.

There are others, of course: you can make a hot brew like cold brew (well, with hot water) or Turkish coffee or… and the list goes on.

Now we’ve talked about what’s really in your cup and the styles you can drink. Let’s get into the heart of it and talk about how coffee affects you.

In this list, I’ve compiled coffee research suggesting that – in moderation – coffee and caffeine have many beneficial effects on the human body. 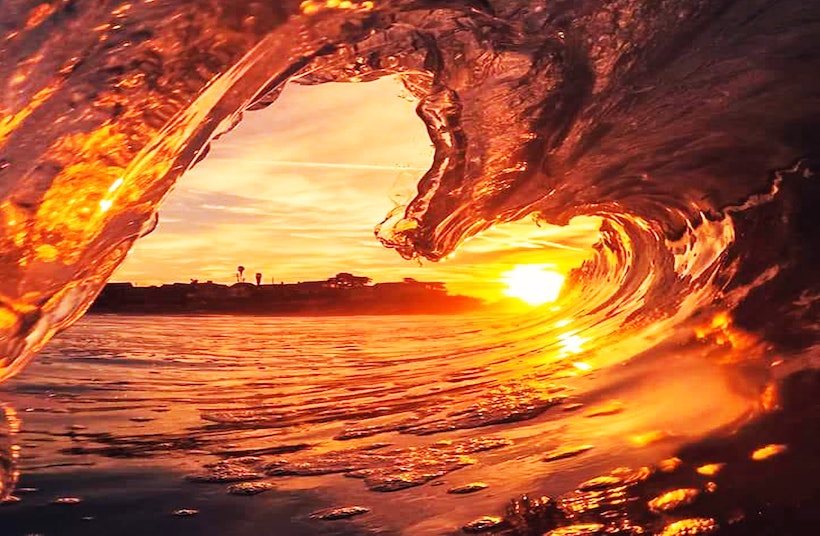 Historically, coffee’s relationship to heart health has been a bit of a controversial topic. Since it does cause acute anxiety and higher blood pressure, one corner of scientists argued it was a bane, while others argued that the hormetic effects made it a boon.

Well, you can rest easy – preliminary research presented for the American Heart Association suggest that coffee really can benefit your heart health.

Research indicates that coffee consumption can help decrease the incidence of strokes and heart failure. Some studies suggest the effect is minimal, but that might just come down to how often you drink the magical drink.

On the heart attack front, one study was conducted following patients after an acute myocardial infarction – a heart attack. It showed habitual consumption of coffee post heart attack can help reduce the risk of mortality or a second attack.

I’ll take my chances – I bet coffee will eventually emerge as a clear cardioprotective drink.

To read the rest of the 17 health effects of coffee please visit https://manyeats.com/health-effects-of-coffee/

Holistic approaches to wellness are changing the way we work out

Are you listening to the universe right now?